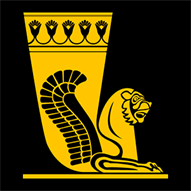 INTRODUCTION: A capital, also called CAPITAL CITY or political capital is generally considered as the principal city or town associated with its government. It is almost always the city which physically encompasses the offices and meeting places of the seat of government. In present-day world a number of cases exist where some countries have multiple capitals. In South Africa, for example, the administrative capital is Pretoria, the legislative capital is Cape Town, and the judicial capital is Bloemfontein. The [effective] and [official] capital of a country may also differ for pragmatic reasons, resulting in a situation where a city known as the CAPITAL is not, in fact, host to the seat of government: Amsterdam is the nominal national capital of The Netherlands (Holland) even though the government and supreme court are both located in another city, The Hague. The word CAPITAL is derived from the Latin CAPUT meaning HEAD, and the related term CAPITOL refers to the building where government-business is chiefly conducted.
LOCATION AND HISTORY: PASARGAD (also spelled as Pasargadae) was the first dynastic capital of the Achaemenid Empire, founded by Cyrus the Great (CG), in Pars (Fars, the southern province in present-day Iran), in the 6th century BC. PASARGAD is located in 87 km northeast of Persepolis in Shiraz, the capital of Fars. CG, reigned 559 BC to 529 BC, chose the site because it lay near the scene of his victory over Astyages, the leader of the Medes (550 BC). That CG was indeed the builder of PASARGAD can be corroborated from the building inscriptions in the palace, which state Cyrus the Great King, an Achaemenian. The name of the city may have been derived from that of the chief Persian tribe, the PASARGAD or Pâthragâda in Old Persian. PASARGAD was the capital until the reign of Darius the Great (DG) who built a new capital in Persepolis. During DG (reigned 521 BC to 486 BC), PASARGAD still remained an important place, probably as a ceremonial capital of the Achaemenid Empire where the inauguration of the kings took place.
COMPOSITION: The historical site of PASARGAD covers 1.6 square km, and includes: (1) the Koorush Shrine or the mausoleum of CG (also called as the fortress of Tall-e-Takht or Throne Hill), (2) a royal palace complex, and (3) gardens or parks (in Persian: Paradises). The heart of PASARGAD or Tall-e-Takht overlooks a garden in the south, and the palace complex. The palace complex is 600 meters to the northeast of the Koorush Shrine. The area of this complex is 2620 square meters and it is composed of a large hall (with eight columns) in the middle and four terraces in four directions and two rooms in the corners (Residential Palace). This palace as the residence of CG had probably also functioned as a safeguarding spot for the king's treasures. To the east of the palace is a vast area (PASARGAD Hall), which is composed of a large hall with eight columns. It is speculated that the PASARGAD Hall was the model to build Apadana Hall in Perspolis later on. Another characteristic composition of PASARGAD is the canals made of white stone, which were used for irrigation.
ART AND ARCHITECTURE: All those three parts are outstanding examples of the first phase of the Achaemenid art and architecture and exceptional testimonies of Persian civilization. In fact, PASARGAD was the capital of the first great multicultural empire in Western Asia. Spanning the Eastern Mediterranean and Egypt to the Hindus River, it was the first empire that respected the cultural diversity of its different peoples. Stylistically, the PASARGAD belongs to the architectural tradition of the Iranian tribes who lived in large tents. However, CG used elements from other cultures as well: sculptures from the Assyrian palaces were used as models, work was done by stonemasons from Greek Ionia, and a Phoenician demon guarded the palace. And the artistic works used was an imperial art on a scale the world had not seen before. Materials and artists were drawn from all the lands ruled by CG, and thus tastes, styles, and motifs became mixed together in an eclectic art and architecture that in itself mirrored the empire and the Persians' understanding of how that empire ought to function. Yet the whole was entirely Persian.
CONSTRUCTION TECHNOLOGY: The Achaemenid architects who constructed PASARGAD used an innovative method called [Base Isolation] to consolidate their structures against earthquake. The PASARGAD structure is actually located in a quake prone area and the ancient architects used Base Isolation to prevent destruction due to earthquakes up to a magnitude of 7 on Richter scale. The method which is still used in construction of major sites, especially in earthquake prone areas such as in Japan, includes the installation of two bases (one fixed and another, which comes over the first, is movable). In case of an earthquake, the bases would move and therefore the destructive force of the quake is nullified and the structures can stand safe and sound in earthquakes up to a magnitude of 7 on Richter scale. Construction of PASARGAD with such technique is an indication of the developed knowledge of architecture and environmental conditions. Studies on the site have shown that the Achaemenid architects were also aware of the area’s soil not being able to withstand the heavy structures, and have therefore laid vast foundations deep down the ground.
TODAY, THE HISTORICAL SITE OF PASARGAD LOCATED NEAR PERSEPOLIS IN SHIRAZ ENJOYS AN INSCRIPTION ON THE UNESCO’S WORLD HERITAGE LIST AND ATTRACTS MANY IRANIAN AND INTERNATION AL TOURISTS.
Manouchehr Saadat Noury, PhD
Originally published online in http://www.­persianmirror.­com
Read More on FIRST IRANIANS
http://iranian.com/main/blog/m-saadat-noury/first-iranians.html
MSN Selected Articles
http://msnselectedarticles.blogspot.ca/2015/09/first-iranian-capital-city-pasargad.html
ارسال شده توسط msn در ۸:۵۴