Lynn Goldsmith (born February 11, 1948) is an American recording artist, a film director and a celebrity portrait photographer. Her work has appeared on the covers and in publications in many countries for the past 45 years. She has done over 100 album covers. In addition to her editorial work, Goldsmith has also focused on fine art photography with conceptual images.
http://en.wikipedia.org/wiki/Lynn_Goldsmith
Lynn Goldsmith's imagery is in numerous collections: The Smithsonian, The Polaroid Collection, The Kodak Collection, The Museum of Modern Art, The Chicago Museum of Contemporary Photography, and the permanent collection of Museum Folkwang. She is a multi-awarded portrait photographer whose work has appeared on and between the covers of Life, Newsweek, Time, Rolling Stone, Sports Illustrated, People, Elle, Interview, The New Yorker, etc. Her subjects have varied from entertainment personalities to sports stars, from film directors to authors, from the extra-ordinary to the ordinary man on the street. Her forty years of photography have not only been an investigation into the nature of the human spirit, but also into the natural wonders of our planet. Twelve books of her photography have been published. She has been on The New York Times Best Seller list as well as won two Art Direction awards for them: Titles include Rock and Roll Stories, The Police: 1978-1983, Bruce Springsteen- Access All Areas, The Police, New Kids, Circus Dreams, PhotoDiary, and Flower. Lynn's professional achievements are in no way limited to the world of photography. She is the youngest member ever to be accepted into the DGA (Director's Guild of America). In 1971, she was the director of Joshua Television, the first company to do video magnification for rock groups entertaining at large venues. In 1972, she was a director for the first rock show on network television: ABC's "In Concert". In 1973, Lynn directed "We're An American Band", the first music documentary to be released as a theatrical short. In the mid-seventies, Lynn stopped directing to concentrate fully on photography. She has been a consistent contributor to the highly acclaimed series of Day in the Life of books series as well as many other photography collections.By the early 80's Lynn departed from the worlds of both photography and film, to become the first 'optic-music' artist. Using the a.k.a. Will Powers, she produced the album "Dancing For Mental Health" on Island Records. Lynn's written songs with recording artists Sting, Steve Winwood, Todd Rundgren and Nile Rodgers. Her debut album won critical acclaim and her single, Kissing With Confidence, reached #3 on the British charts. As was her plan, the videos from the album which she produced and directed became more than commercials for the record. They were used by the United States Department of Labor to inspire unemployed youths, and by the National Marriage Counsel in England. Will Powers' videos have also been used by Harvard University to help with language instruction, and by other schools throughout the United States for their individual teaching needs. The Museum of Modern Art in New York City has two Will Powers videos in their permanent collection as she was among the first to do 3-dimensional computer animation. Though a Magna Cum Laude graduate from the University of Michigan, with a BA in both English and Psychology, Lynn considers herself a self-taught artist and entrepreneur. She was the founder of LGI Photo Agency, an organization which represented the work of over two hundred worldwide photographers. Established in 1976, LGI was the first agency to specialize in servicing celebrity portraiture for editorial usage. LGI was sold in 1997 so that Lynn could more fully focus on creating images. The wide range of Lynn's talents, skills and achievements are products of a belief she holds constant: Creativity is based on breaking limiting thought patterns, thus making anything possible.
http://www.amazon.com/Lynn-Goldsmith/e/B001IZPIXK
Canadian broadcaster Jian Ghomeshi Interviews Lynn Goldsmith
Jian Ghomeshi speaks with Lynn Goldsmith, an all-access photographer who has spent decades shooting compelling portraits, high-powered action shots and revealing backstage images of stars like Frank Zappa, Michael Jackson and Patti Smith, to name only a few. Goldsmith shares lively anecdotes from her new collection, Rock and Roll Stories, explains why she's "not anybody's fan", and notes that she doesn't take pictures; she makes pictures.
http://www.cbc.ca/player/Shows/Shows/Q+with+Jian+Ghomeshi/ID/2465149180/
آشنایی با برخی هنرمندان نامدار جهان: ٣- لین گلداسمیت
شرح زندگی لین گلداسمیت (به انگلیسی):
http://en.wikipedia.org/wiki/Lynn_Goldsmith
لین گلداسمیت همسر سابق مایکل نوری (بازیگر تلویزیون و سینمای آمریکا) است. مایکل نوری از یک بانوی ایرلندی بنام گلوریا مونتگمری و ادموند نوری عراقی تبار متولد شد.
http://fa.wikipedia.org/wiki/%D9%85%D8%A7%DB%8C%DA%A9%D9%84_%D9%86%D9%88%D8%B1%DB%8C
تارنمای شخصی لین گلداسمیت
http://www.lynngoldsmith.com/
نظریات لین گلداسمیت در مورد چگونگی شکل گیری حرفه ی عکاسی
لین گلداسمیت جزئیاتی در رابطه با چگونگی شکل گیری حرفه اش می دهد و می گوید عاملی که باعث موفقیت او شده، عکاسی پرتره به خصوص عکاسی پرتره از چهره های معروف بوده است. داستان های او با عکس هایش همراه است، گلداسمیت شما را به استودیوی عکاسی، تور اتوبوسی، سالن کنسرت و خیابان ها می برد. عکس ها، خاطرات و مشاهدات او بیشتر در رابطه با این است که چطور جسمی را در عکس بیش از حد انتظار برجسته کرد.
http://picu.ir/1392-07-22/%D8%B3%DB%8C-%D8%A7%D9%85%DB%8C%D9%86-%D8%B3%D8%A7%D9%84%DA%AF%D8%B1%D8%AF-%D9%86%D9%85%D8%A7%DB%8C%D8%B4%DA%AF%D8%A7%D9%87-photo-plus-%D8%A8%D8%B1%DA%AF%D8%B2%D8%A7%D8%B1-%D9%85%DB%8C%D8%B4%D9%88.html
تهیه و تدوین: دکتر منوچهر سعادت نوری
http://msnselectedarticles.blogspot.ca/2014/07/about-rock-photographer-lynn.html
مجموعه ی "آشنایی با برخی هنرمندان نامدار جهان"
http://msnselectedarticles.blogspot.ca/2014/07/blog-post_3704.html
ارسال شده توسط msn در ۶:۲۸

Some Verses on "Stay" as related to Politics, Religion, History and Love: In English and Persian Languages 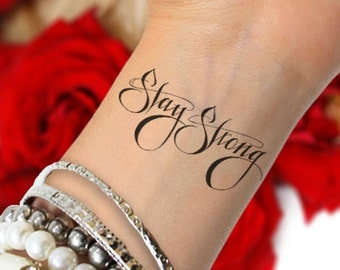 Overcome this mistake, they say/ You can do it, believe in yourself
Cause some day your going places/ Just stay strong, and believe in yourself.
But what about when you/ Haven't been strong in awhile
What about when you/ Struggle pasting on a fake smile
You close your eyes and ignore the self review/ Cause if it was up to you, you'd be in exile
Wish you could take all the mistakes and undo/ And you don't know how to go another mile
And they tell you to stay strong/ They tell you to rely
On a non-existent source of strength/ They tell you you'll get by
If you just believe in your strength/ So of course you drown in the sky
Cause you don't have any strength/ So you close your eyes and start to cry
Cause they told you to stay strong/ So close your eye, and fall into
The loving arms, which are open for you/ Even when you haven't got a clue
They'll give you the strength you need to get through
Peace flowing through your vains, it's true/ Just close your eyes and fall into
These loving arms, here for you/ And they'll help you to stay strong: M. J. Silver
http://hellopoetry.com/poem/627978/stay-strong/

Why do I stay when I want to go?/ Is it because I have hope?
Or maybe it is because I don't want to be alone.
I stay and all I do is complain.
Complain that I might be going insane.
Insane of the thought that it might be my fault.
But who is to blame?/ Is it me or is it him?
Neither one of us will go/ Although we know we must go
All we do is ignore the pain/ Of all the words we exchange... : Unknown
http://www.familyfriendpoems.com/poem/but-why-do-i-stay

I love you very much, can't you see?
When I'm not with you, I can't be me.
Let's stay together until we die.
And when we die together there we lie.
With us, our love will never end.
No one could come between us,
So we will never have to mend.
Our souls were always meant to be.
We're the perfect couple can't you see?
There will be no... What Where Who?
We're at the church, and there we say "I Do": Tiffany
http://www.short-love-poem.com/iloveyou5.html

Definitions
1. Garbage: Waste material, especially unwanted food, or a container in which waste is kept: Cambridge Dictionary
http://dictionary.cambridge.org/us/dictionary/american-english/garbage_1?q=garbage
2. Waste: Waste and wastes are terms for unwanted materials. Examples include municipal solid waste (household trash/refuse), hazardous waste, wastewater (such as sewage, which contains bodily wastes, or surface runoff), radioactive waste, and others. The term is often subjective (because waste to one person is not necessarily waste to another)
http://en.wikipedia.org/wiki/Waste
3. Waste picker: A waste picker is a person who salvages reusable or recyclable materials thrown away by others to sell or for personal consumption. There are millions of waste pickers worldwide, predominantly in developing countries, but increasingly in post-industrial countries as well. Forms of waste picking have been practiced since antiquity, but modern traditions of waste picking took root during industrialization in the nineteenth century. Over the past half-century, waste picking has expanded vastly in the developing world due to urbanization. In many cities, they provide the only solid waste collection service
http://en.wikipedia.org/wiki/Waste_picker
Quotations
1. "The person who dumps garbage into your mind will do you considerably more harm than the person who dumps garbage on your floor, because each load of mind garbage negatively impacts your possibilities and lowers your expectations": Zig Ziglar
2. "In California, they don't throw their garbage away; they make it into TV shows": Woody Allen
http://www.brainyquote.com/quotes/keywords/garbage.html
Report: Toxic Garbage Island
http://www.youtube.com/watch?v=D41rO7mL6zM

Selected Poems on the "Cup of Wine": In English & Persian

I resolve daily that at dusk I shall repent
For a night with a cup full of wine spent.
In the presence of flowers, my resolve simply went
In such company, I only regret that I ever resolved to repent: Omar Khayyam
(Translated by Shahriar Shahriari)
http://www.okonlife.com/poems/page1.htm

O wine-bearer brighten my cup with the wine
O minstrel say good fortune is now mine.
The face of my Beloved is reflected in my cup
Little you know why with wine, I always myself align...: Hafez Shirazi
(Translated by Shahriar Shahriari)
http://www.hafizonlove.com/divan/01/011.htm

1
The 1979 Revolution
The Islamic Revolution (also known as the National Revolution of Iran or the 1979 Revolution Persian: Enghelābe Jomhuri or Enqelāb 22 Bahman) refers to events involving the overthrow of the Pahlavi dynasty under Mohammad Reza Shah Pahlavi, who was supported by the United States, and its eventual replacement with an Islamic republic under the Grand Ayatollah Ruhollah Khomeini, the leader of the revolution, supported by various leftist and Islamic organizations and Iranian student movements. While the Soviet Union immediately recognized the new Islamic Republic, it did not actively support the revolution, initially making efforts to salvage the Shah's government.
Demonstrations against the Shah commenced in October 1977, developing into a campaign of civil resistance that was religious based (with secular elements) and intensified in January 1978. Between August and December 1978 strikes and demonstrations paralyzed the country. The Shah left Iran for exile on January 16, 1979 as the last Persian monarch, leaving his duties to a regency council and an opposition based prime minister. The Ayatollah Khomeini was invited back to Iran by the government, and returned to Tehran to a greeting by several million Iranians. The royal reign collapsed shortly after on February 11 when guerrillas and rebel troops overwhelmed troops loyal to the Shah in armed street fighting, and bringing Khomeini to official power. Iran voted by national referendum to become an Islamic Republic on April 1, 1979, and to approve a new theocratic-republican constitution whereby Khomeini became Supreme Leader of the country, in December 1979.
The revolution surprised the world: it seemed it lacked many of the customary causes of revolution (defeat at war, a financial crisis, peasant rebellion, or disgruntled military), occurred in a nation that was enjoying relatively good material wealth and prosperity, produced profound change at great speed, was massively popular, resulted in the exile of many Iranians, and replaced a pro-Western absolute monarchy with an anti-Western authoritarian theocracy based on the concept of Guardianship of the Islamic Jurists (or velayat-e faqih). It was a relatively non-violent revolution, and helped to redefine the meaning and practice of modern revolutions (although there was violence in its aftermath).
Its outcome - an Islamic Republic "under the guidance of a religious scholar from Qom" - was, as one scholar put it, "clearly an occurrence that had to be explained".
http://en.wikipedia.org/wiki/Iranian_Revolution