INTRODUCTION: According to a great number of eminent scholars and highly respected experts in Persian Literature and Poetry, there are many Iranian poets who can be considered as the Titans or the Kings of the Persian Poetry. The same groups of scholars and experts also believe that there are only five Iranian poets who are well known internationally and have influenced not only the Literature of their homeland, Iran, but they have also inspired the Literature of many other countries around the world. Those poets can be listed as Ferdowsi, Khayyam, Saadi, Mowlana Jalaledin Rumi, and Hafez. In this article, the life stories and the works of those famous poets as the First Iranian Masters of Persian Poetry are briefly studied and discussed.

HAKIM ABOLGHASEM FERDOWSI TOOSI (935-1020): Ferdowsi has been considered as the first Iranian poet of national epics. Most Iranians regard Ferdowsi as the greatest of their poets and for many years they have continued to read and to listen to recitations from his masterpiece, the Shahnameh, in which the Persian national epic found its final and enduring form. To the Iranians, Shahnameh is the history of their country’s glorious past, preserved for all time in sonorous and majestic verse. Ferdowsi is also known to be the first Iranian who professionally introduced many proverbs in his Epic Book of Shahnameh. The American proverb of Knowledge Is Power corresponds to the Persian proverb of what Ferdowsi has clarified it in one verse: One who has wisdom is powerful (in Persian: Tavanaa Bovad Har Keh Danaa Bovad).
Ferdowsi was born in the Iranian province of Khorassaan, in the village of Baj near Toos (aka Tous or Tus). His father was a rich man and a major land owner of the region. After his father died he took over the land which he inherited and worked as a farmer (in Persian: Dehghaan or Keshaavarz). In Toos he received a sound literary education, and spent much time riding, farming and studying. Due to a personal interest, Ferdowsi spent his adult life in search for written sources on which to base an epic history of Iran. He gradually composed the first version of his masterpiece of the Shahnameh, long before the accession of Sultan Mahmoud Ghaznavi in 997.
When Sultan Mahmoud Ghaznavi took the power (997-1030), he asked Ferdowsi to write a book about his valor and conquests. Though dedicating the book to the Sultan for an agreed fee of thirty camels loaded with Gold coins, Ferdowsi patriotically decided to complete his book and compose the life stories of all Kings that had made his homeland as an Empire throughout the ages. The composition of Shahnameh, from the beginning up to the end, took the poet some thirty years or more, on which he wrote:

For thirty years I endured much pain and strife
With Persian I gave the Ajam verve and life.
The above poem can be read in Persian as follows:

Bassi Ranj Bordam Dareen Saal-e-See
Ajam zendeh Kardam Bedeen Paarsi.
Upon the presentation of the Shahnameh, Sultan Mahmoud became upset for not being the only subject of the book. However, he finally out of bound of an agreement offered Ferdowsi thirty camels loaded with Silver coins which was refused by the poet. Years later, the Sultan eventually realized his error and the true value of the Shahnameh, and he sent the agreed fee to the poet. Yet upon the arrival of the camels, the Ferdowsi’s coffin was being carried out through the exit gate of Toos to his grave.
Ferdowsi’s mausoleum lies over what is believed to be the exact place of his death. It was built in 1933 during Reza Shah Pahlavi (1925-1941) to celebrate the 1000th anniversary of the poet’s death a year later. The overall shape of Ferdowsi’s tomb is reminiscent of the Mausoleum of Cyrus the Great at Pasargadae and in a room underneath the tomb, there are a series of modern bas-relief (a type of art in which shapes are cut from the surrounding stone) illustrating a few episodes from Shahnameh. The Mausoleum of Ferdowsi in Toos is a popular tourist attraction. 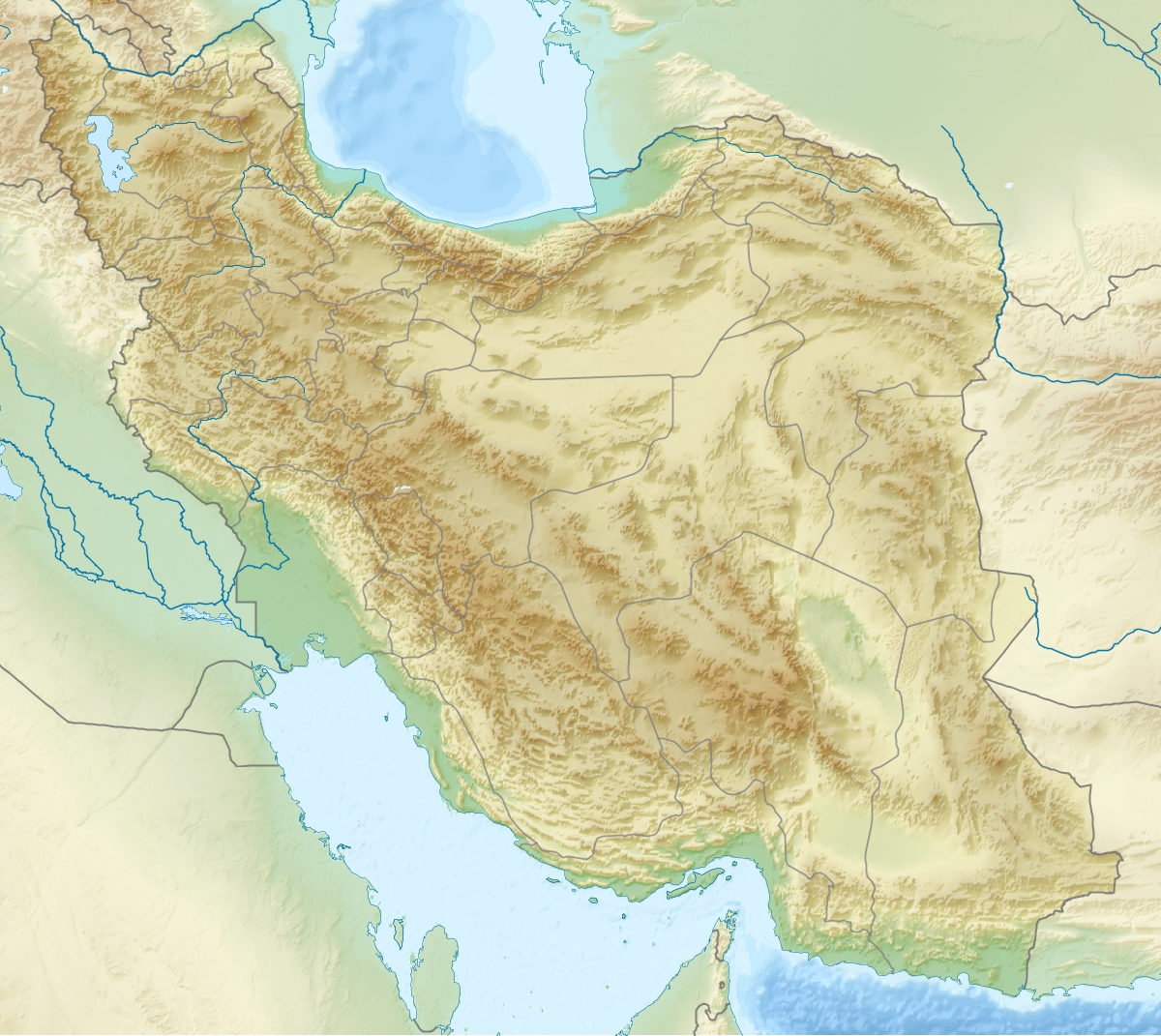