World Cup 2014 on Monday16 June 2014: Iran 0-0 Nigeria
World Cup 2014 on Saturday 21 June 2014: Argentina 1-0 Iran
Various Websites
Iran Coach Blasts Referee Who Waved Away Penalty: Iran coach Carlos Queiroz questioned how the referee in Saturday's 1-0 World Cup loss to Argentina will be able to sleep at night after ignoring claims for a penalty. Referee Milorad Mazic didn't point to the spot when Argentina right back Pablo Zabaleta challenged Ashkan Dejagah in the second half as the midfielder was running toward goal. "It should have been a penalty and red card. There's no excuse. There's nothing that can explain (why) this Serbian referee (did) not give the penalty," Queiroz told reporters after the game.
http://abcnews.go.com/Sports/wireStory/iran-coach-blasts-referee-waving-penalty-24247756

The Life Story of Famous Iranian Goalkeeper Nasser Hejazi
http://en.wikipedia.org/wiki/Nasser_Hejazi
Nasser Hejazi, nicknamed “the legendary goalkeeper”, was an Iranian football player and coach who most notably played for Taj or Esteghlal Tehran.
http://ali10daei.com/?p=3067
Nasser Hejazi, footballer and symbol of resistance to the regime in Iran, died on 23 May 2011, aged 61
http://www.economist.com/node/18771352

Wishing all the best for the team,

Wishing all the best for the team, 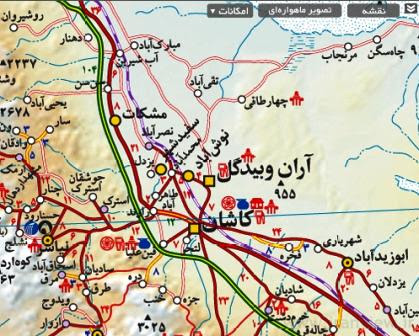 Spinach (Spinacia oleracea) is an edible flowering plant in the family of Amaranthaceae.
Spinach is thought to have originated in ancient Persia (modern Iran and neighboring countries).
http://en.wikipedia.org/wiki/Spinach
Spinach is a super food loaded with tons of nutrients in a low calorie package.Most of the calories in spinach come from protein.Dark leafy greens like spinach are important for skin and hair, bone health, and provide protein, iron, vitamins and minerals. The possible health benefits of consuming spinach include improving blood glucose control in diabetics, lowering the risk of cancer, lowering blood pressure, improving bone health, lowering the risk of developing asthma and more.
One cup of raw spinach contains 27 calories, 0.86 grams of protein, 30 milligrams of calcium, 0.81 grams of iron, 24 milligrams of magnesium, 167 milligrams of potassium, 2813 IUs of Vitamin A and 58 micrograms of folate.
Spinach is one of the best sources of dietary potassium, weighing in at 839mg per cup (cooked). To compare, one cup of banana has about 539mg of potassium.
A lack of iron in your diet can effect how efficiently your body uses energy. Spinach is a great non-heme source of iron, along with lentils, tuna and eggs.
Spinach contains approximately 250mg of calcium per cup (cooked), however it is less easily absorbed than calcium from sources like dairy products. Spinach has a high oxalate content, which binds to calcium deeming it unavailable for use in our bodies.
When it's all said and done, our bodies can only absorb about 5% of the calcium in spinach (about 12.5mg per cup) whereas the absorption rate from calcium in milk is about 28% (300mg of calcium in one cup of milk at a bioavailability level of 28% would provide 84 mg per cup).
Spinach is also one of the best sources of dietary magnesium, which is necessary for energy metabolism, maintaining muscle and nerve function, heart rhythm, a healthy immune system and maintaining blood pressure. Magnesium also plays a part in hundreds more biochemical reactions that occur in the body.
Those with digestive disorders, alcoholic, older adults and individuals taking medications such as antibiotics and diuretics are more likely to have a magnesium deficiency and should consume more leafy greens.
http://www.medicalnewstoday.com/articles/270609.php
Spinach Production in Iran from the year 1990 until 2012
http://www.factfish.com/statistic-country/iran/spinach,+production+quantity