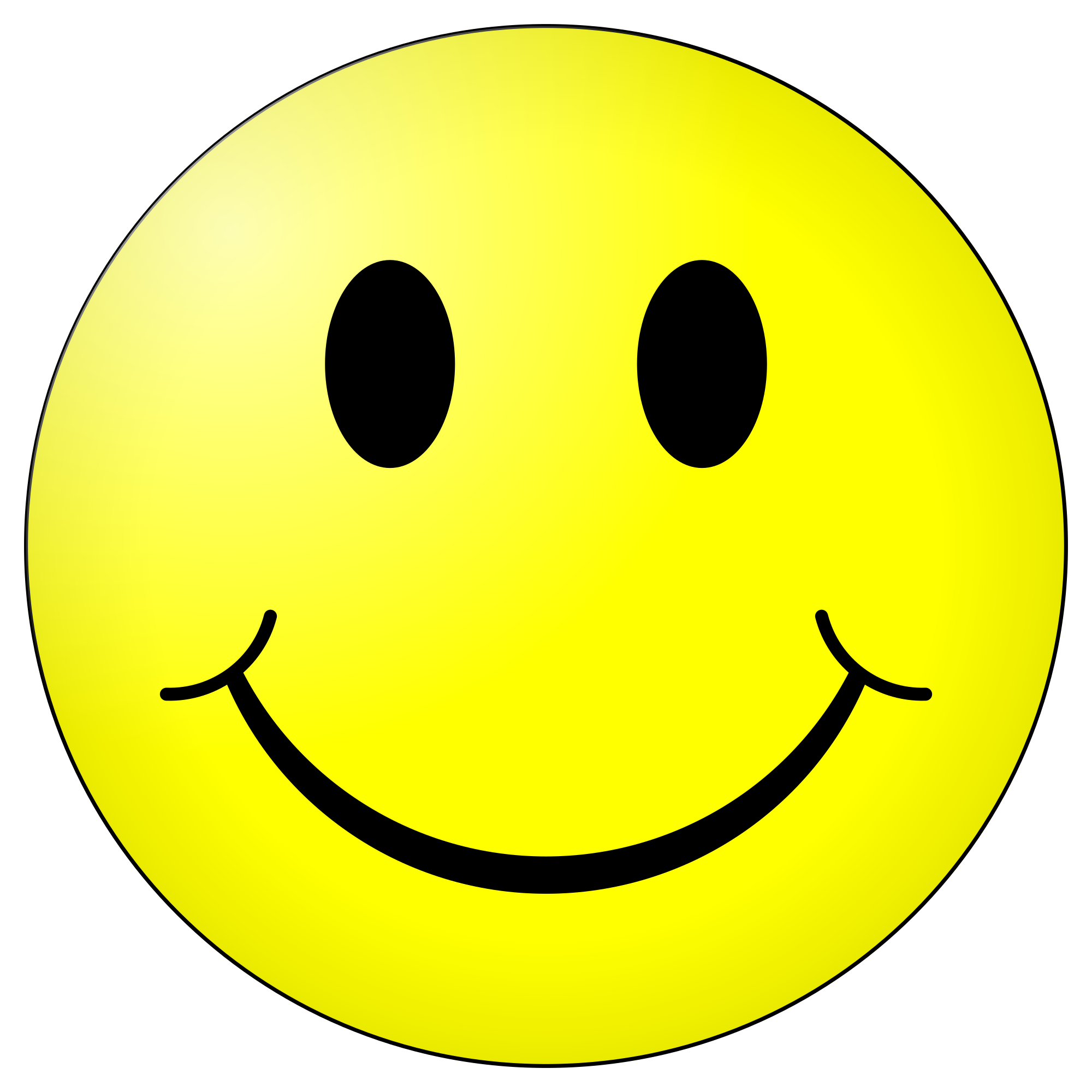 Cambridge Dictionaries Online defines Happiness as the feeling of being happy (in Persian: Shaad bodan, Khosh-Haal bodan, Khorsand bodan, etc.). Oxford Dictionary identifies it as a term meaning the state of being happy. Webster Dictionary describes Happiness as the pleasure mingled in varying degrees, intense happiness, quiet happiness, etc. According to the Free Encyclopedia of Wikipedia, the Happiness is a state of mind or feeling characterized by contentment, love, satisfaction, pleasure, or joy. In this article, the Happiness in Different Religions and Cultures, the Happy Planet Index, the Human Development Index, and Some Quotations about Happiness are studied and reviewed, and Some Happiness Poems are presented.

Happiness in Different Religions
1. In the Zoroastrian Texts, there are some quotes on Happiness: "Happiness comes to them who bring happiness to others."
"Abiding happiness and peace is theirs who choose goodness for its own sake, without expectation of any reward."
“The goal of our lives is to achieve abiding happiness, spiritual resplendence and peace: humanity at peace with itself and an individual at peace with oneself.”
2. Happiness forms a central theme of Buddhist teachings. For ultimate freedom from suffering, the Noble Eightfold Path leads its practitioner to Nirvana, a state of everlasting peace. Ultimate happiness is only achieved by overcoming craving in all forms. More mundane forms of happiness, such as acquiring wealth and maintaining good friendships, are also recognized as worthy goals for lay people (see sukha). Buddhism also encourages the generation of loving kindness and compassion, the desire for the happiness and welfare of all beings.
3. In Hinduism and Buddhism there are two types of happiness: mundane and supramundane. Mundane happiness is the limited happiness that can be found within samsara (The cycle of death and rebirth to which life in the material world is bound), such as the happiness of human beings and gods. Supramundane happiness is the pure happiness of liberation and enlightenment.
4. In Christianity, the ultimate end of human existence consists in felicity (Latin equivalent to the Greek term of Eudaimonia), or "blessed happiness", described by the 13th-century philosopher-theologian Thomas Aquinas as a Beatific Vision of God's essence in the next life.

Happiness in Different Cultures
It has been well-documented that happiness and celebrating the joyful events like Mehregan, Yalda, Sadeh, Nowrooz, and Sizgah Bedar have been always a part of Iranian Traditions and Persian Cultures (View the articles on First Iranians and the notes on Missing Moments written by this author). In their research paper on “Are Iranians Happy?” published in 2000, Mahnaz Kousha and Navid Mohseni reported a comparative study on happiness between Iran and the US.
In his article on the Pursuit of Happiness published online in October 2003, the famous English author Thomas Michael Bond noted that, “Different cultures value happiness in very different ways. In individualistic western countries, it is often seen as a reflection of personal achievement. Being unhappy implies that you have not made the most of your life. Latin American countries, which also report high happiness levels, have a similarly high regard for those with an upbeat attitude.
Meanwhile in the more collectivist nations such as Japan, China and South Korea, people have a more fatalistic attitude towards happiness. ‘They believe it is very much a blessing from heavenly sources,’ says Suh. ‘One of the consequences of such an attitude is that you do not have to feel inferior or guilty about not being very happy, since happiness does not reflect your ability.’ Indeed, in Asian cultures the pursuit of happiness is often frowned on, which in turn could lead people to under-report how happy they feel.
What is more, the things that give people happiness, satisfaction and meaning in their lives vary considerably between cultures. Shinobu Kitayama at Kyoto University in Japan and Hazel Rose Markus at Stanford University, California, believe that how satisfied a person is with their life depends largely on how successfully they adhere to their particular Cultural Standard.
In the US, satisfaction comes from personal success, self-expression, pride, a high sense of self-esteem and a distinct sense of self. In Japan, on the other hand, it comes from fulfilling the expectations of your family, meeting your social responsibilities, self-discipline, cooperation and friendliness. So while in the US it is perfectly appropriate to pursue your own happiness, in Japan you are more likely to find happiness by not directly pursuing it. And there is another twist. The happiest nations, mostly western and individualistic ones, also tend to have the highest levels of suicide.”
Maia Szalavitz in an article entitled as “Why the Happiest States have the Highest Suicide Rates?” wrote that, “World wide surveys have consistently ranked the Scandinavian countries with their generous family-leave policies, low crime, free health care, rich economies and, yes, high income taxes as the happiest places on earth. But this happiness has always been accompanied by a paradox: the happiest countries also seem to have the highest suicide rates. Is it the long, dark winters facing Finland and Denmark that cause the problem? Or (it is due to) some kind of Nordic depression gene? Or (may be) none of the above? A new study suggests the problem is not specific to Scandinavia, finding that high suicide rates accompany high rates of happiness in comparisons of US states as well.
Sadly, this may mean that increasing happiness by reducing economic inequality could paradoxically produce more suicides as a Side Effect. But this is one problem we are unlikely to have, as economic inequality is high and rising in the US.”

The Happy Planet Index
This is an index of human well-being and environmental impact that was introduced by the New Economics Foundation in July 2006. The index is designed to challenge well-established indices of countries’ development, such as Gross Domestic Product (GDP) and the Human Development Index (View below), which are seen as not taking sustainability into account. In particular, GDP is seen as inappropriate, as the usual ultimate aim of most people is not to be rich, but to be happy and healthy. Furthermore, it is believed that the notion of sustainable development requires a measure of the environmental costs of pursuing those goals. Here is the list of top ten countries with the highest Happy Planet Index as reported in 2009
1 Costa Rica 76.1
2 Dominican Republic 71.8
3 Jamaica 70.1
4 Guatemala 68.4
5 Vietnam 66.5
6 Colombia 66.1
7 Cuba 65.7
8 El Salvador 61.5
9 Brazil 61.0
10 Honduras 61.0
Out of 143 countries, Iran ranked 81 with the Index of 42.10 after Iraq and Cambodia indicating that Iranians have not been so happy at the time!

Some Quotations about Happiness
Man is fond of counting his troubles, but he does not count his joys. If he counted them up as he ought to, he would see that every lot has enough happiness provided for it: Fyodor Dostoevsky
The best way to cheer yourself up is to try to cheer somebody else up: Mark Twain
If you want to be happy, be: Leo Tolstoy
The Constitution only guarantees the American people the right to pursue happiness. You have to catch it yourself: Author unknown, commonly attributed to Benjamin Franklin
Most folks are about as happy as they make up their minds to be: Abraham Lincoln
She (Madame Bovary) had that indefinable beauty that comes from happiness, enthusiasm, success, a beauty that is nothing more or less than a harmony of temperament and circumstances: Gustave Flaubert

Some Happiness Poems
How happy is the little Stone
That rambles in the Road alone,
And does not care about Careers
And Exigencies never fears
Whose Coat of elemental Brown
A passing Universe put on,
And independent as the Sun
Associates or glows alone,
Fulfilling absolute Decree
In casual simplicity: Emily Dickinson
He who binds to himself a joy
Does the winged life destroy;
But he who kisses the joy as it flies
Lives in eternity’s sun rise: William Blake
And here is a part of a poem composed by the famous Iranian poet Hafez as translated in English by Professor Shahriar Shahriari
I said, your sweet and red wine
Granted no wishes of mine
You said, in service define
Your life, and your time spend.
I said, when will your kind heart
Thoughts of friendship start?
Said, speak not of this art
Until it's time for that trend.
I said, happiness and joy
Passing time will destroy.
Said, Hafiz, silence employ
Sorrows too will end my friend
The Full Texts of the poem in English and Persian may be viewed here

Epilogues
View also these Persian Poems (1, 2, and 3) on Happiness as composed by this author. And let us remember that happiness and celebrating the joyful events like Mehregan, Yalda, Sadeh, Chaarshanbeh Soori, Nowrooz, and Sizdah Bedar have been and will be always a part of Iranian Traditions and Persian Cultures
Manouchehr Saadat Noury, PhD